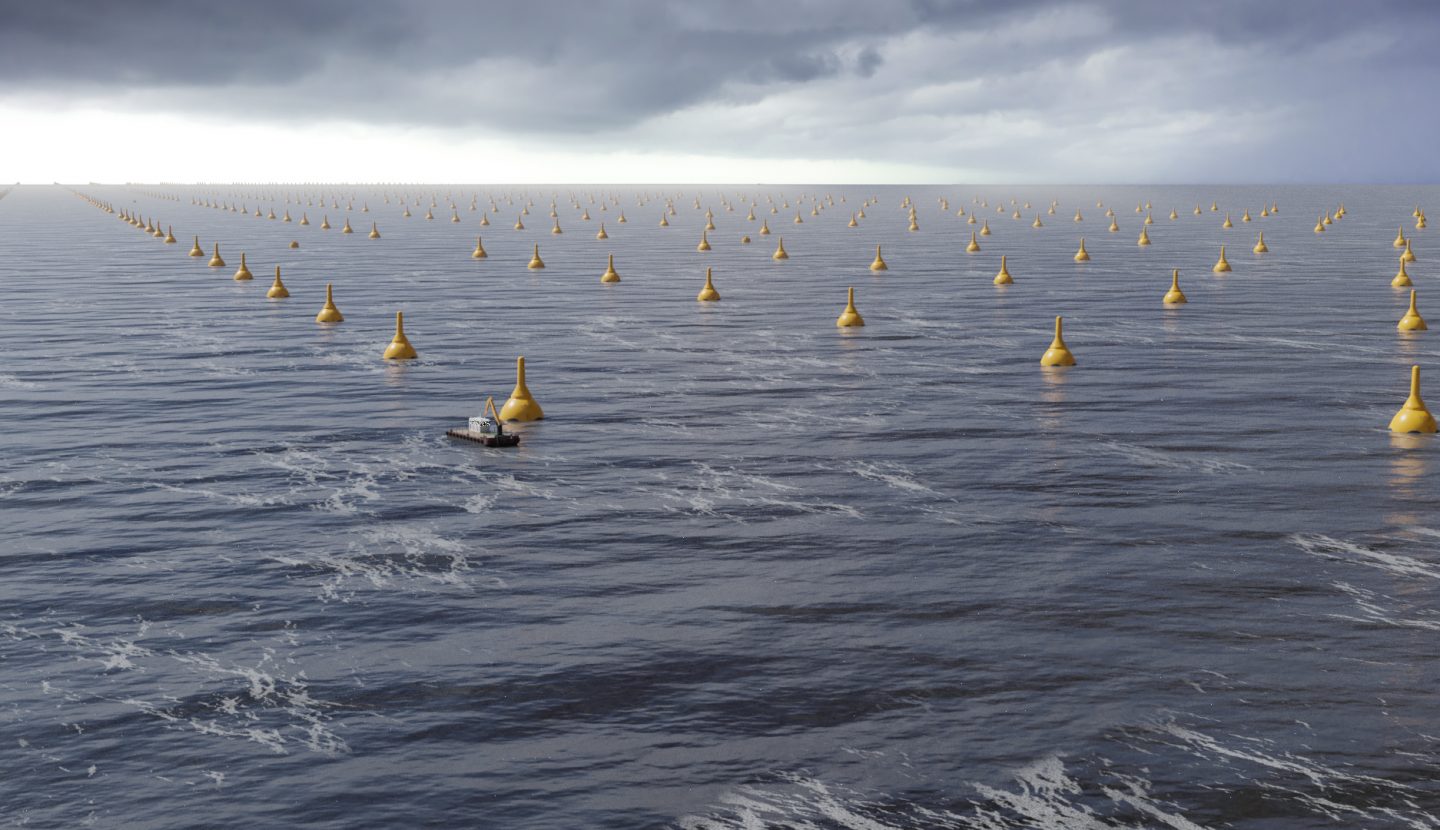 The current global annual electricity consumption is about 21,000 TWh and is predicted to double by 2050, with a growing population and GDP. Efficient and effective use of offshore renewables is pivotal in the EU’s transition towards a net-zero economy in greenhouse gas emissions by 2050, underpinned by an ambitious target of reaching 230-440 GW and 40GW installed capacity of offshore wind and ocean energy by 2050, respectively.

Starting in September 2021, the project will build on two highly comprehensive and impactful demonstrations: (1) A wave energy array in Portugal co-located with an offshore wind farm and; (2) An offshore solar PV system in Belgium co-located with a bottom fixed windfarm. The project will run until August 2025 supported by €34.8 million in funding from the European Green Deal in the last Horizon 2020 call.

“We are delighted to be part of this truly pan European initiative addressing one of the most important topics of our time, implementing new solutions to accelerate the transition to 100% clean energy. We see great value in showcasing the highly consistent and complementary power profile of wave energy, and how this can be combined with wind and solar to deliver a more stable and predictable electricity system based purely on renewables. By generating electricity also when the wind doesn’t blow or the sun doesn’t shine, wave energy can help fill the gaps and thereby become an important part of the mix to stabilize future electricity system”, says Kevin Rebenius, Commercial Director at CorPower Ocean.

Energy system modelling to quantify the value of the combined offshore energy sources will be led by LUT University. The demonstrations will also prove how the incr6eased power output and capacity installed per km2 will reduce the amount of marine space needed, thereby leaving more space for aquaculture, fisheries, shipping routes and environmentally protected zones. Additional benefits achieved by co-using critical electrical infrastructures and exploring advanced operation and maintenance methodologies supported by innovative autonomous systems will further lower the costs per MWh. Moreover, the project demonstrations will support the stability and resilience of the European energy system, while considering sustainability, local stakeholders and existing ecosystems.

Matthijs Soede, Senior Policy Officer at European Commission DG Research: “We have very high expectations from the EU-SCORES project, which perfectly fits with our aim to realise the Green Deal. They show great ambition by demonstrating different energy sources considering efficient use of the seas and their success will support the clean energy transition.“

CorPower Ocean brings a new class of high efficiency Wave Energy Converters (WECs) enabling robust and cost-effective harvesting of electricity from ocean waves. The design principle is inspired by the pumping principles of the human heart and offers five times more energy per ton of device compared to previously known technologies, allowing a large amount of energy to be harvested using a small and low-cost device. The CorPower WEC’s unique ability to become transparent to incoming waves provides survivability for the WEC in storm conditions. CorPower’s is headquartered in Sweden, with offices in Portugal, Norway and Scotland.