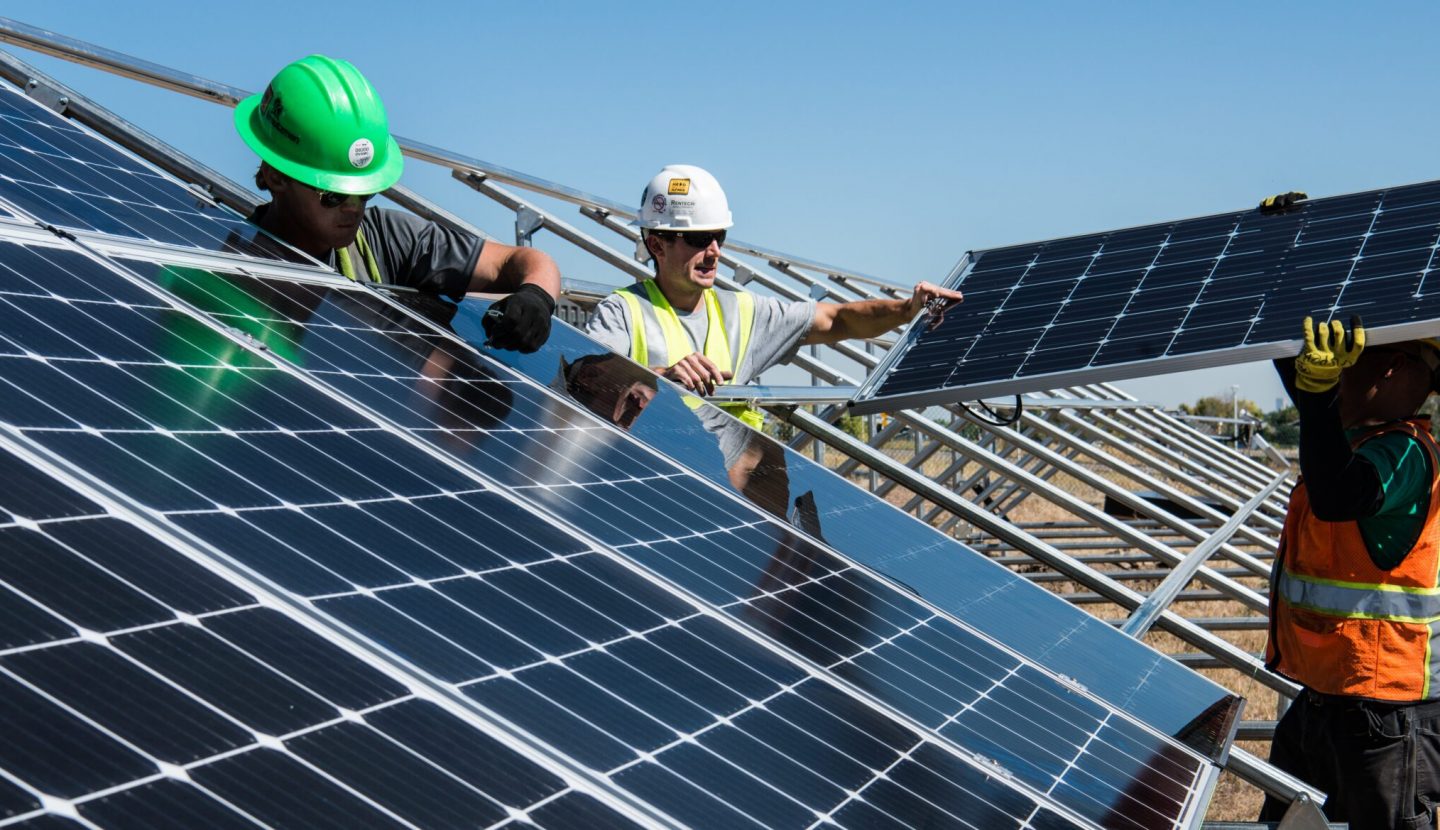 The government of Togo has inaugurated one of the largest solar projects in West Africa and the first renewable energy facility in the country. The now fully operational 50-megawatt (MW) Sheikh Mohammed Bin Zayed solar power plant, financed under the IRENA-ADFD Project Facility, will supply reliable, clean electricity to hundreds of thousands of homes and businesses in the country.

The new plant has the capacity to provide electricity to nearly 160,000 homes and small businesses, significantly reducing the country’s dependence on firewood, charcoal and fuel imports for energy consumption. The project will also advance the Togolese national clean energy strategy to increase the share of renewables in electrification to 50 per cent by 2025 and 100 per cent by 2030.

“Renewables are at the heart of our national energy goals and are a vital component of our broader social development and economic growth ambitions,” said Mila Aziablé, Minister Delegate to the President of the Togolese Republic, in charge of Energy and Mines. “This is a very significant moment our country. It marks a positive step on our journey towards building an energy system that is inclusive and clean, and that creates jobs and improves access to energy. Renewables can shape an entirely new and positive era in the development of Togo, and we are extremely grateful to all the partners involved in delivering this project.”

“This is a highly significant project not just for Togo but for the whole of West Africa,” said Francesco La Camera, Director-General of IRENA. “Its scale and speed of development shows what can be achieved in the region when the right blend of partners come together with purpose and intent. Africa holds tremendous promise for renewable power generation, which can bring improved energy access and reliability of supply, while creating jobs and economic opportunity. This is a proud moment for the IRENA-ADFD Project Facility, for all who have contributed to it, and for the people of Togo.”

The project created more than 700 local jobs during the construction phase and a further 120 direct and indirect jobs during operation,  contributing to Togo’s long-term socio-economic development. Through the IRENA-ADFD Facility, ADFD provided USD 15 million of finance in the form of a concessionary loan . The plant was developed by AMEA Togo Solar, a subsidiary of AMEA Power – a global renewable energy developer based in the UAE.

With a population of some 8.2 million people, Togo has traditionally relied on biomass as the dominant source of energy, which is a major contributor to pollution in the country. National production capacity has been insufficient to cover demand, leaving Togo reliant on expensive energy imports from neighboring countries including Ghana and Nigeria. Togo expects to significantly cut fossil energy consumption as well as energy imports in the coming years.

Expanding and diversifying the country’s energy resources is also expected to boost the connection rate of local households while enabling neighboring communities to improve access to services such as public sanitation, education, and healthcare.

The project is just one example of ADFD and IRENA’s support for the development of Africa’s renewable energy sector. In 2020, ADFD signed loan agreements worth US$33million (AED121million) with the governments of Togo, Niger and Liberia on the sidelines of the IRENA Assembly held in Abu Dhabi.

IRENA-ADFD projects span Asia, Africa, Latin America, and Small Island Developing States, encompassing the entire spectrum of renewable energy sources – wind, solar, hydro, geothermal and biomass – and technologies. Together ADFD and IRENA have supported the development of 26 clean energy projects in 21 countries, with generating capacity of 245 megawatts to fuel the needs of more than 4.5 million households and businesses.